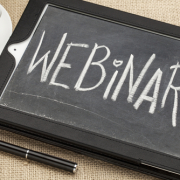 With a combination of extraordinary job growth and a declining vacancy rate, Austin, TX metro area has created a spot for itself as one of the TOP RENTAL MARKETS in the nation.

Austin metro is also home to the largest public university in the US: University of Texas, with a student population of 50,000 and a staff of 24,000. Also, Texas State University is home to about 35,000 students in nearby San Marcos. Austin is the state capitol of Texas, the seat of city, county and state government.

Austin is also called the music capital of the US. Our network partner Kenn Renner, a top realtor in Austin for the past 20+ years, was able to secure South Texas’ best builders to provide to our network members exclusive limited inventory of newly constructed homes in the most desirable subdivisions not available to the public. These homes have been selling at an extraordinary pace as the population growth has far exceeded the available supply of homes. Property management is in place. Imagine Austin metro has similar characteristics with the bay area and yet homes prices are about 3-4 times less.

Here are the latest stats HOT off the press:

Come and join this free on-line webinar and see why Austin should be a major part of your real estate portfolio acquisition strategy!

No Events were found.
Reduce your tax burden
Scroll to top